Being able to connect with one’s culture and background is a critical component in the development of an individual’s identity and self-esteem. For many Black Americans, they were not awarded that luxury. Being a descendant of American slaves has left an entire population of people far removed from their culture and history.

The residual effects of slavery still impact Black Americans today. Although there are a number of books, movies, and shows that give historical context to African experience, nothing quite compares to visiting the land of your ancestors and immersing yourself in the culture firsthand. Walla Elsheikh and Diallo Shabazz decided to create this cultural immersion experience for people of the African diaspora. 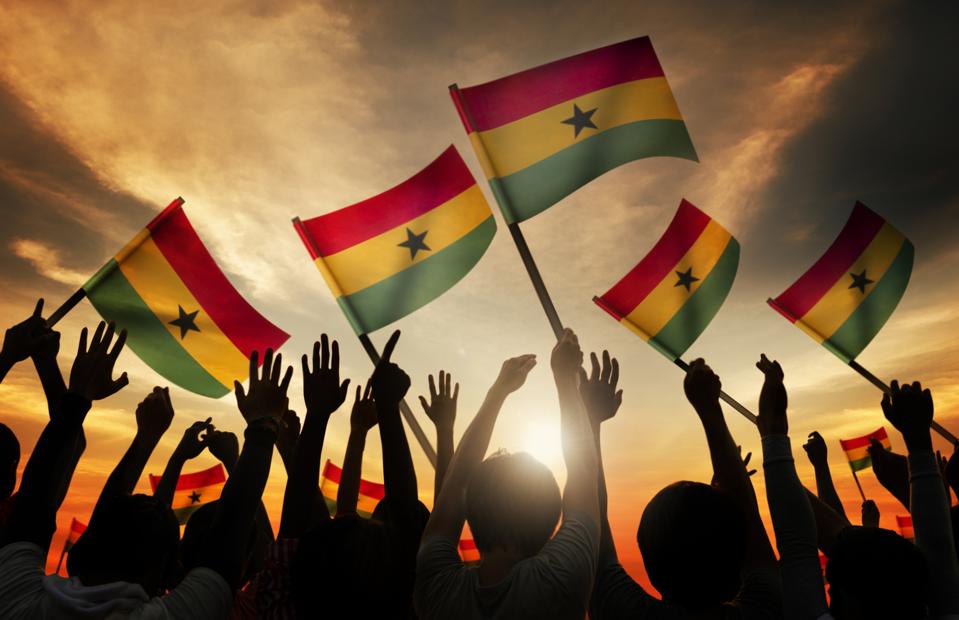 They founded Birthright AFRICA, a New York City-based nonprofit organization that sponsors trips for people of African descent to travel to different African countries to reconnect with their roots and culture. The organization’s aim is to instill a sense of pride and confidence in children and young adults of the African diaspora. Walla explains “it was something I was thinking about for a long while…as I was coming of age in my early twenties working in finance at Goldman Sachs, at the time, I was starting to have my own desires to explore cultural roots and just understanding of history because I realized I didn’t know much about Black history, African history, even as a person that is continental African.

My parents immigrated here from Sudan and I grew up in America since the age of 11…my entire schooling had been Westernized even growing up overseas…then I learned about Birthright Israel and about this ten-day trip for free for young people of Jewish descent…and I said ‘oh my gosh, why isn’t this happening for Black people?’ That’s circa 2005…

I registered the website in [2007] and did not really kick off until I had started to explore what it would take to succeed and then shortly thereafter I met Diallo Shabazz, who connected us with the City University of New York and really helped launch the pilot program.”

The idea to develop a program to allow children of African descent the opportunity to travel back to Africa to reconnect with their ancestry was a concept that Walla’s cofounder, Diallo, had been pondering for a while as well. “I had an opportunity to take groups of students to United Nations conferences in New York,” Diallo shared. “Many of these students were from Brooklyn, the Bronx, Trenton New Jersey, Philadelphia and they’d never been to the United Nations. I think it was a transformative experience for them to sit in a room and listen to other young people around the world talk about their experiences and I thought, ‘wouldn’t it be amazing if some of these young people could…go to these locations around the world, particularly on the continent of Africa to hear about and learn about their own history and culture?’ 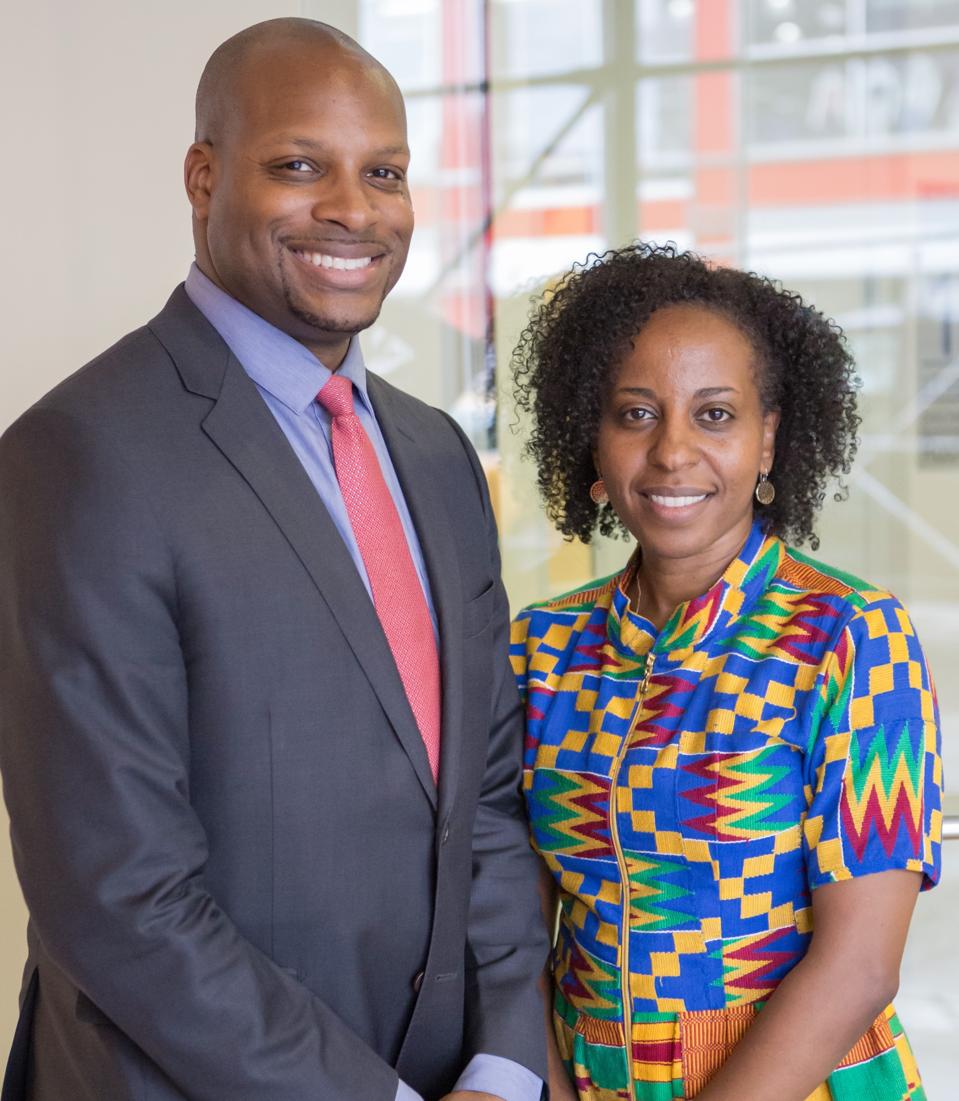 When I was working, years later, at One Hundred Black Men, I was their executive director…I pitched Birthright AFRICA and didn’t get much traction, and every so often I would run into people that had this idea as well…I asked the lawyers that I was working with…‘can we incorporate Birthright AFRICA as a side project?’ And [the lawyers] came back and said ‘actually, we just discovered someone else who did it,’…I called Walla and the first conversation really set the tone for how we were going to work together moving forward…she said ‘I’ve been waiting for this phone call and I’ve been looking for someone or some organization to work with me to build this into a movement.’Walla and Diallo, along with their executive team have done just that—Birthright AFRICA has morphed into a movement.

Walla shared, “we’ve sent 61 young people [to Africa] already…we see the impact. It’s been really life-changing…that sense of home that is outside of America…it’s something that they didn’t even really imagine…the excitement around meeting people that look like you, that eat similar food, a lot of young people particularly those from the Caribbean feel like they’re literally back in their own countries…overtime we really see this as a transformational, generation impact.” One of the long-term impacts of Birthright AFRICA is allowing young people to understand how vast this world really is. “If we look at all of the challenges that young people in our community deal with,” Diallo explained, “giving them something visionary knowing that it’s going to help them become a global citizen…is an inspiring promise.

One of the things I often said is…if these young people knew that at some point they were promised a trip around the world to learn about their history and culture and ancestry, they wouldn’t be fighting over a block…they would be thinking about how the world is their oyster.” Seeing more examples of diverse entrepreneurship can serve as a powerful tool to help inspire Black youth. “There’s local and national exploration that begins here, going to the cultural sights, museums, our universities that are able to share our African studies,” Walla shared. “We also visit leaders and entrepreneurs of African descent in their places of work.

It’s very key to have this exposure to a version of yourself that you could be within five, ten, fifteen years…a lot of times, we’re the only one or two people in a room…the stats reflect that. Right now, only 2% of managers, owners and leaders are of African descent. Where do we get to see that unless we go and explore it?”Birthright AFRICA is a powerful reminder for Black youth that the sky is the limit.

“Part of the impact of Birthright AFRICA is, it opens the minds of young people to what is possible in the world,” Diallo indicated. “When you step outside the United States, and you travel around the world…you not only have an opportunity to learn about the power and beauty of your history and culture—you also have an opportunity to think about being a global citizen today…

Africa has the highest percentage of young people under the age of 25 in the world…many of them are creating new forms of music, they’re creating new businesses, using technological innovation to transform education…introducing young people here to young people there creates a global network…a bridge that they can tap into.”If you’d like to donate to Birthright AFRICA or to learn more about the organization, click here.

Janice Gassam I am the founder of BWG Business Solutions-a company designed to help businesses foster more inclusion. Through my company I deliver keynote speeches and I host Diversity Dinner Dialogues, which are informal conversations around diversity-related topics, discussed over delicious food. I have a Ph.D. in Organizational Psychology and teach graduate and undergraduate courses in Management. I spend my free time getting lost in a good audio book and perfecting my Jollof rice recipe.